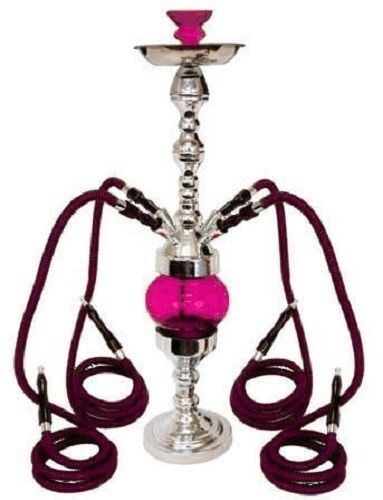 A hookah is an ancient Indian or Persian device sometimes known as a water pipe. Used for smoking tobacco, the hookah is a traditional feature in many Middle Eastern countries.

How does this pipe work?

Many centuries ago, the hookah was invented in India or Persia and is sometimes called an argila or shisha. The hookah is a water pipe that draws tobacco smoke through water, which acts as a partial filter and cooling agent. There are several key parts of the water pipe and its operation.

What is a four-hose hookah?

The hookah hose conveys smoke to the mouth of the user. Although hose hookahs traditionally come with one hose for smoking, they may feature multiple hoses for a shared experience. Throughout the Middle East and India, the hose hookah is associated with welcoming guests and providing entertainment.

What other kinds of pipes are there?

In addition to being distinguished by the number of outlets they have, shishas come in different styles often based on their country of origin or the major materials of which they are made.