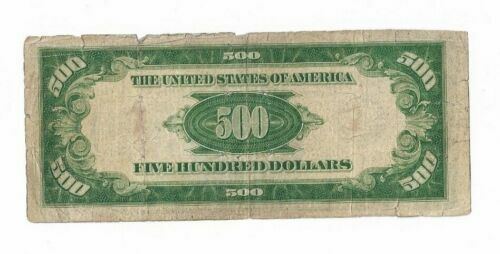 The $500 US paper bill is a sought-after currency by rare money collectors. Several variations of the bill have been introduced since the early part of the century and the denomination has been out of circulation for decades. Collectible and used variations of the $500 paper money are sold on eBay.

When was the last circulation year of the $500 note?

The Federal Reserve halted the circulation of the $500-dollar bill in the late 1960s. However, prior to its last issue, several variations of the currency were circulated as legal tender. The reserve decided to discontinue printing the notes since not a lot of people were using them. It is one of the largest denominations issued by the reserve.

What are the distinct features of the $500 note?What determines the value of a $500 note?Content provided for informational purposes only and does not constitute investment advice.