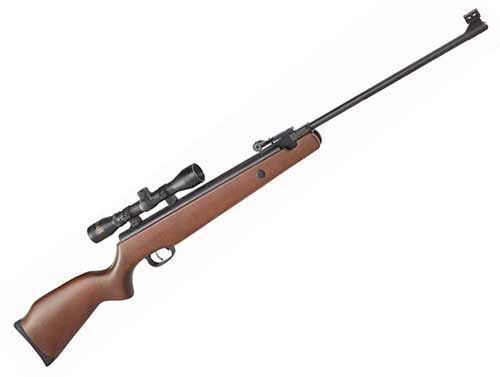 Beeman offers a variety of air rifles. Whether you are engaging in hunting, competition, pest control, or just backyard plinking, the Beeman brand could have an air rifle gun for your needs.

Generally, a firearm is a type of projectile weapon using a controlled explosion to "fire" a shot. Since an air rifle from Beeman uses pre-compressed gas or air to propel the projectile, it is not normally considered to be a firearm.

How do Beeman air rifles "power up" for a shot?

Rather than use controlled explosions, pellet rifles use one of the three means of acquiring the power to fire: piston, pneumatic, or compressed air or gas.

What calibers are used in air rifles from Beeman?

Beeman offers an enormous selection of air rifles in two calibers .177 and .22. The smaller caliber, .177, is used for both hunting and target shooting. The larger caliber, .22, is used almost exclusively for hunting. Some .177 caliber, 4.5 mm, airguns have an internal mechanism that allows them to hold and shoot commercial BBs, which are 4.4 mm and therefore slightly smaller than pellets.

What animals are hunted with Beeman air rifles?

Beeman air rifles are used for pest control on mice, rats and snakes; predator control against foxes, weasels, and minks; for hunting small game, such as possums, rabbits, raccoons; and for hunting squirrels and birds as big as ducks and geese.

Content provided for informational purposes only. eBay is not affiliated with or endorsed by Beeman.