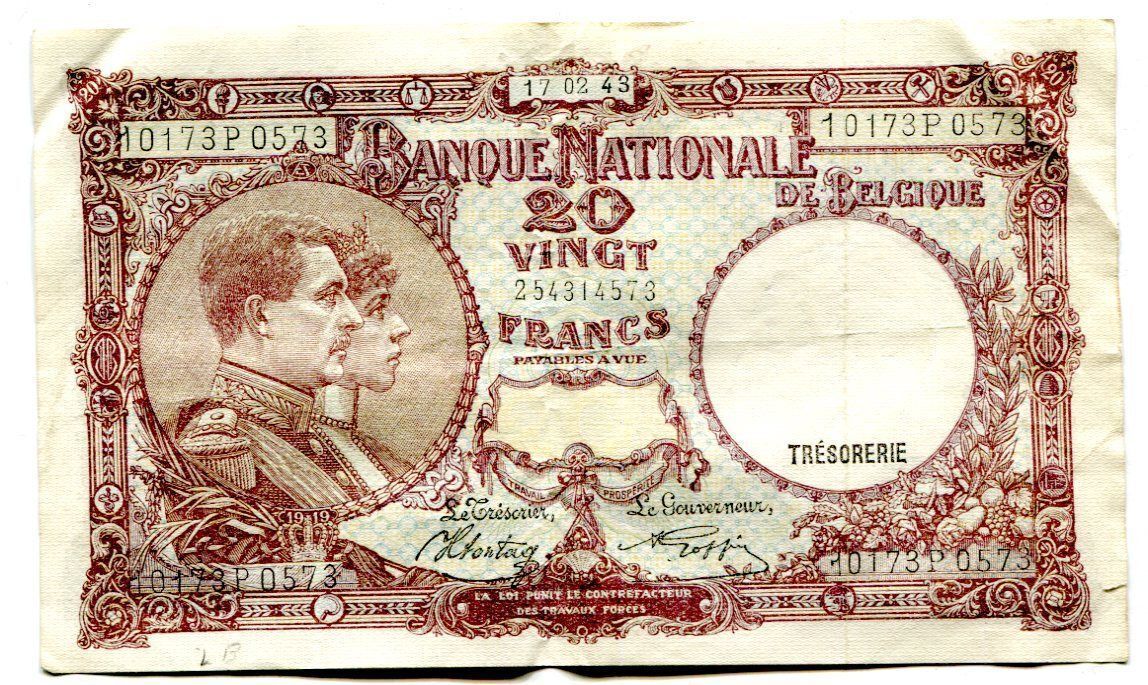 Collecting banknotes is a popular hobby, and Belgian paper money is a fair example. After independence, Belgium stopped using the guilder, and started using the franc as its currency. Unlike most other countries, which relied on a single central bank to issue currency, Belgium initially relied on two major banks: the Société Générale and the Banque de Belgique. Each issued its own francs, and while both of them circulated independently, neither initially accepted the others notes. Other banks in the provinces also released their own money, as Belgium did not have a central bank until 1850.

Early Belgian paper currency wasnt used the same way as most people use bills today. The original banknotes featured very high face value for the times, with denominations of 40, 50, 100, 500, and 1, 000 francs at a time when the smallest paper note could be more than a months pay for the average worker. Most people stuck to coins for retail transactions, as Belgian banknotes had other functions that brought their own benefits and tradeoffs:

Paper notes are very popular collectibles because they are both attractive and easy to store. Many collectible banknotes are also still legal tender, which can help spur people on. Note that just like France, Belgium is now on the euro rather than the franc and has been for years. As such, there are a number of things to look for when collecting Belgian money:

About the Belgian Franc

Much like the French and Swiss francs, the Belgian franc was made up of 100 centimes. While the first notes were of large denominations, later issues added smaller values like 20, 5, 2, and 1 franc notes. As with other European countries, Belgium took advantage of the spread of paper money to shift away from gold and precious metals and toward a more modern monetary system. Over the years, Belgium produced a wide range of attractive franc notes in colors, ranging from blues and purples through reds and oranges.