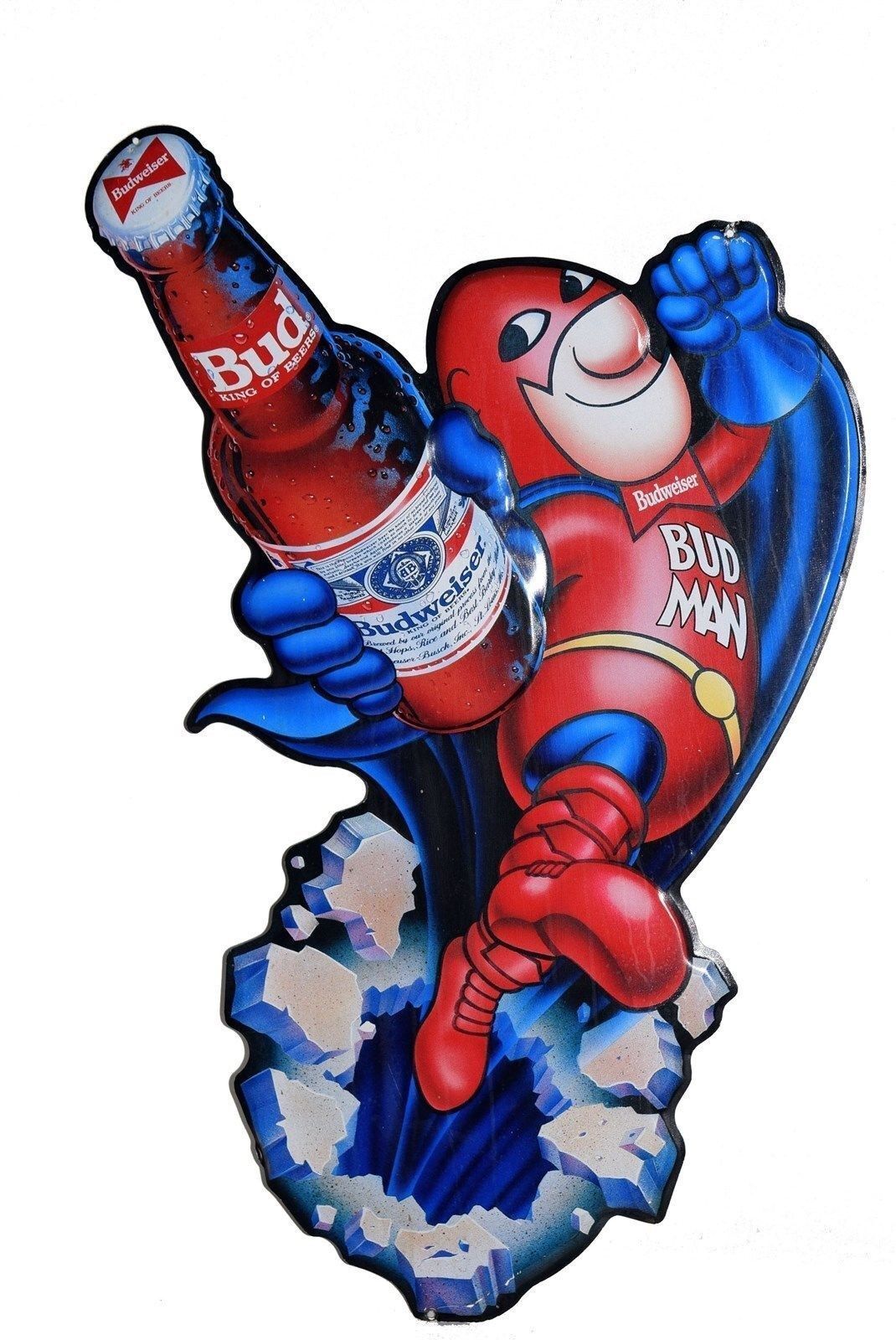 Breweries have long used various types of signs to advertise their products, including porcelain, tin, cardboard, and neon. Many modern companies have reproduced these original signs due to their attractiveness or catchy slogans. Because of this, vintage and antique beer sign collectors need to be very careful to make sure they are obtaining original signs.

What are vintage porcelain beer signs?

The process of making vintage porcelain beer signs was first developed in Europe, but during the first decade of the 20th century, manufacturers imported these craftsmen so that beer signs could be made in the United States. These signs feature layers of powdered glass applied over a die-cut base of rolled iron. The majority of beer porcelain signs were made by Baltimore Enamel and Novelty Company or Burdick Sign Company of Chicago. Many contain intricate lithographics with each color of powdered glass applied separately. Door pulls and pushes often bring a premium as do signs without any crazing.

What are vintage tin beer signs?

Many people specialize in vintage tin beer signs that can be very hard to find because many of them were contributed to scrap metal drives during World War II. The trend to use metal signs was very short-lived, lasting from about 1920 to 1939, although a handful were manufactured after the end of prohibition. Some collectors specialize in finding signs where the tin is placed over cardboard. Of particular interest are flange signs that hung in front of popular bars and taverns as they contain both the name of the business and a beer brand.

What are vintage neon signs?

The oldest neon beer signs known to exist in the United States are from 1934. Generally, signs made from 1940 to 1960 are more valuable than those that were mass-produced during the 1980s. The most valuable signs were often produced for individual bars or taverns because they feature a beer brand along with the name of a local business.

One of the most sought-after collectible beer signs are scenorama signs featuring pictures where the water in the lakes and streams appears to be moving. These signs were manufactured for Hamms Brewery by Lakeside plastics of Minnesota. Some feature clocks though others were made without them because clocks on beer signs were against the law in many states. While most of these signs measure between 3 and 5 feet wide, there were about 200 smaller prototypes produced.

What do appraisers often consider when valuing beer signs?

There are many factors that appraisers take into consideration when valuing beer signs, including: