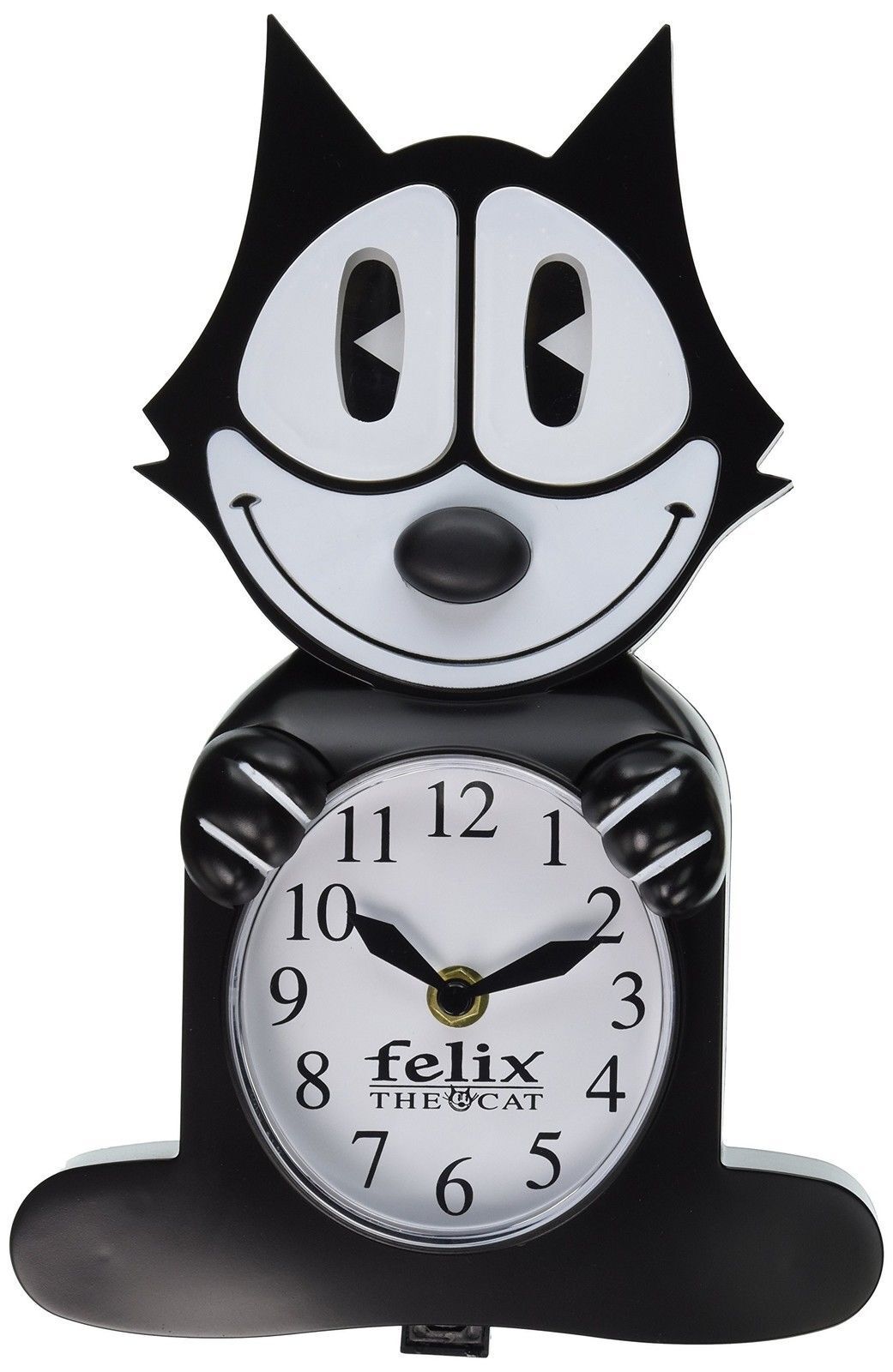 Felix the Cat is a cartoon and comic series that has gone through many variations. It started out in black and white and has expanded to color videos, films, and shows. As a result, there is a range of collectible Felix the cat items available like plush toys, watches, salt and pepper shakers, note cards, and bobbleheads.

What is the history of Felix?

Felix was originally produced in the 1920s as a competitor against Disney and Mickey Mouse. His cartoons were played before movies. During the initial release of Felix, he ran into different characters every week.

This cat also ended up becoming a cartoon series in the 1960s. In this show, he fought against the evil Doctor Pointdexter and others. As a result, many stuffed cat toys of the time were based on Felix. Cat clocks that were produced then were sometimes based on Felix. There was also a watch that mimicked the moving eyes of the cat clock.

In the 1990s, a movie version of this cat was produced. It also led to the release of stuffed toys and cat items. The film featured a bag from the 1960s Felix show, from which this clever cat could pull just about anything he wanted. Some products are based on this bag, including pillows and carrying cases.

What types of toys are available for Felix the Cat?

Felix toys may include figurines that are made out of plastic and ceramic. There are also musical boxes that play his theme song. Felix the cat plush toys are available, too.

Electronic toys include watches, videos, collections of cartoons, and even games. Nintendo had a Felix the Cat game in which you could use his magic bag to transform into a variety of vehicles. Other toys include small wooden figures that are posted on a simple base.

Which specific toys are available for collectors?

Felix the Cat fans have many collectibles to choose from, including:

Other items produced to celebrate this cat include various jointed and vinyl dolls, soundtrack reproductions, and even collections of the old Tibor comic strips. There are also 1920s silent movies produced early in Felixs lifespan that have been converted to digital format.