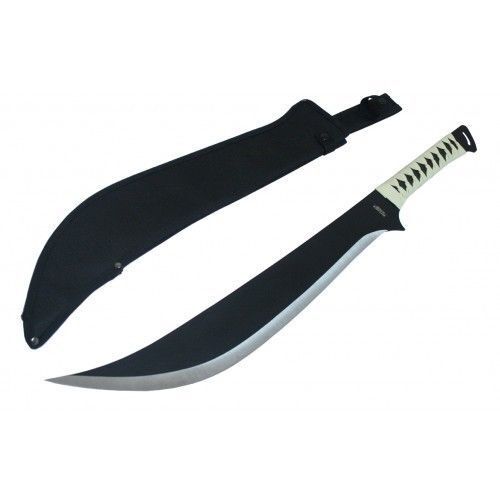 Evolving from the dagger, the first swords were probably invented during the Bronze Age; however, they did not become the weapon of choice in battle until after iron was invented. They can be categorized in a number of different ways, including where they originated, how many hands are needed to swing them, techniques to use them, whether they are made from iron, steel or other metals, and their blade design. Many of the fantasy swords and knives sold today are based on the forging designs of historical blades.

What are the differences between a sword and a saber?

While all sabers are swords, the opposite is not true. The definition has varied greatly throughout time and across geographical regions. Generally, a saber is a weapon that is sharpened all the way down a curved blade on only one side. While there are exceptions to the rule, most are designed to be yielded with one hand. The amount of curve in the blade can vary widely.

What are common examples of swords from different geographical regions?

Sword collectors often focus on weapons from different eras or regions of the world. These could either be authentic or replicas. Some of the most notable examples include the following:

What is the tang of a sword?

Also called a shank, tang is the part of the blade that extends into the handle. The area is important as it helps maintain the overall balance of the weapon. Collectors often shop by tang when they purchase swords. Some common options include: