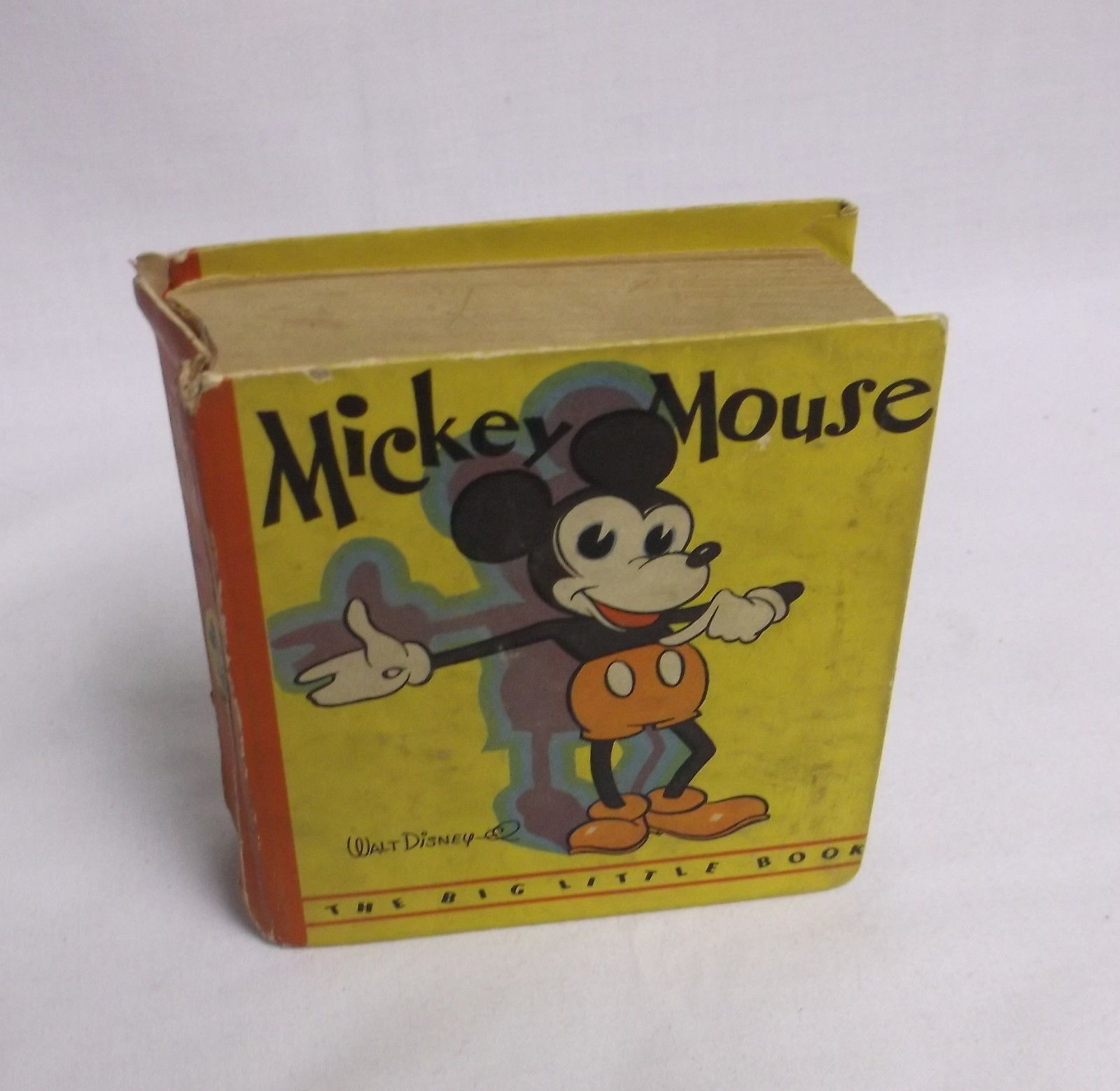 A way to recollect Disney memories or build new ones is by collecting Disney books. Many of these books were released alongside early Disney films while others were released as comic books. If you are thinking of collecting books by Disney, then you may have some questions.

What was the first book Disney published?

The first book by Disney was "The Adventures of Mickey Mouse." This book, published in March 1931, was also the first mention of Donald Duck in print. Most of these were cloth-backed books with stiff pictorial covers published by MacKay of Philadelphia, containing 32 pages and measuring 6 by 7.5 inches, but the company also released the book with board-binding. This story, originally selling for a dime, tells how Mickey must get Claws the Cat out of his way before he can throw a party at a farm. He succeeds, and Carolyn Cow, Henry Horse, and others come to the party.

What was the Mickey Mouse Magazine?

Starting in 1935, Mickey Mouse appeared in his own comic book. The first book shows him on the cover opening a book with all types of early Disney characters leaping from its pages. The company then released another edition in December showing Mickey skating on its front cover. Other issues show him ringing a Christmas bell, Mickey and Minnie under a tree with two lovebirds in it, and the lovable mouse tackling Donald in a game of football. These comic books came out two to three times a year until September 1940. These books contain text stories, poems, jokes, puzzles, games, and full-page illustrations.

What are Walt Disneys Comics and Stories?

Walt Disneys Comics and Stories replaced the Mickey Mouse Magazine beginning in October 1940. The original comic book was published by Dell and Gold Key, and it bore a picture of Donald Duck on its red cover. The first issues contained colorized comics that had originally been printed in newspapers, but starting with volume number 31, original stories were mixed in with the newspaper comic strips.

What are some characters appearing in Disney books before 1968?

Almost every character created by Disney has found their way onto a book page, including the following:

Content provided for informational purposes only. eBay is not affiliated with or endorsed by Disney.