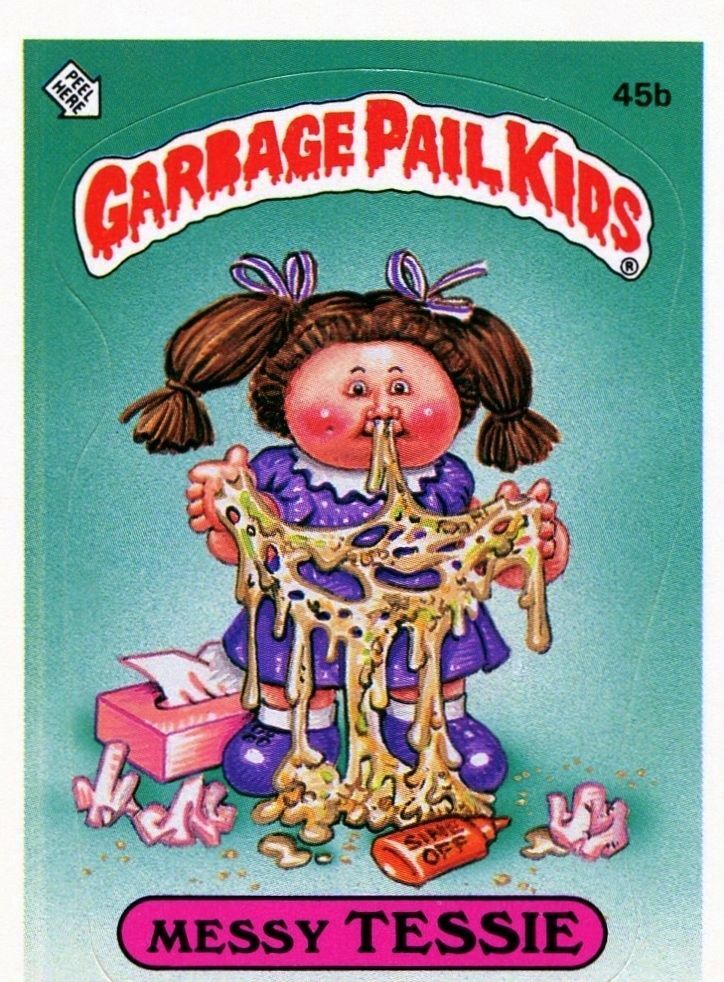 As a parody of other popular doll brands at the time, the Garbage Pail Kids stickers and trading cards became known for their comedic gross-out factor, wacky puns, and creepy artistic design. While the Garage Pail Kids pictured on the face were die-cut stickers that could be peeled from the cardstock, the backs of the cards were often pieces of a puzzle, comic, or other printed media.

Because of shifting popularity and preferences, all of the merchandise is generally considered collectible. Many affordable options are available on eBay. However, fans of Garbage Pail Kids look to the Original sets most often for rare finds. Aside from the cards themselves, larger-format editions and posters are also items of interest for collectors of Garbage Pail Kids merchandise.

How should you select Garbage Pail Kids on eBay?

eBay has the cards organized into different categories in order to make your selection easier. These categories include:

Content provided for informational purposes only. eBay is not affiliated with or endorsed by Topps.