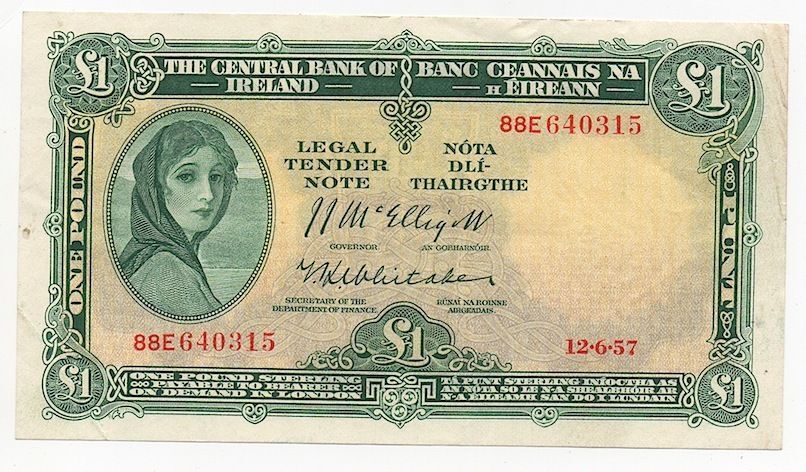 As any currency collector or numismatic knows, money is literally a wealth of information. It offers rich insight into a country or region’s social and political history and cultural values. Ireland’s history of minting their own coinage and banknote currency for legal tender and as limited editions is no exception.

What Currencies Have Been Issued in Ireland as Legal Tender?

Bank notes have been produced in Ireland as legal tender since the since the late 1700s. Minting of notes by various banks has continued through periods, such as the "troubles," or the partitioning of into the Irish Free State or Republic of Ireland and Northern Ireland in the early twentieth century.

The Irish pound was legal tender in Ireland until the introduction of the Euro replaced it. There are three main historical issue periods and a number of issuing banks and features to look for if you are buying or selling or Irish pounds: