Stand Out with Nike Kobe 9 Athletic Shoes for Men 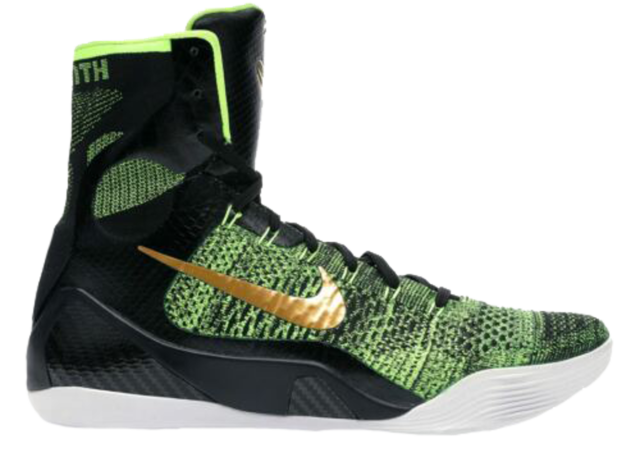 How are the Nike Kobe 9 shoes supposed to help?

Flyknit and Flywire are two proprietary technologies used in the upper to help reduce internal slippage. The extended knit collar provides the high-high-high top silhouette and its support capacities. The midsole is constructed of Lunarlon, an ultra-lightweight cushion designed to help improve responsiveness. The material is designed to be lightweight, so it doesn't interfere with players' ability to make quick movements.

The durable rubber outsole on the sneakers was designed to be thinner than usual to help make the sneakers more flexible. The flexible outsole is designed to help improve players' ability to make quick cuts and sprints. The traction pattern on the Kobe 9 looks like a fingerprint, mapping out critical pressure points of the foot and providing multidirectional tread. 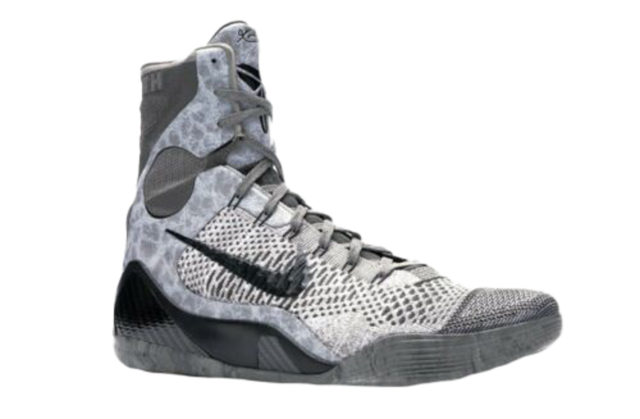 How do the Nike Kobe 9 shoes fit on your feet?

The Nike Kobe 9 is tailored to provide you with a lockdown feel. The Flyknit is designed to help these shoes conform to the shape of your foot and provide an even snugger fit. The traditional lacing on the shoes is complemented by the Flywire designed to make the sneaker grasp the ankle better as the strings of the shoe are tightened. The Flyknit material was also used because it provides next-to-skin comfort. The tongue of the sneaker is constructed of sandwich mesh to promote comfort. The plush foam was used around the ankle and heel for comfort. These ultra-high athletic shoes should fit true to size for most people. See the manufacturer's site for details.

Content provided for informational purposes only. eBay is not affiliated with or endorsed by Nike.