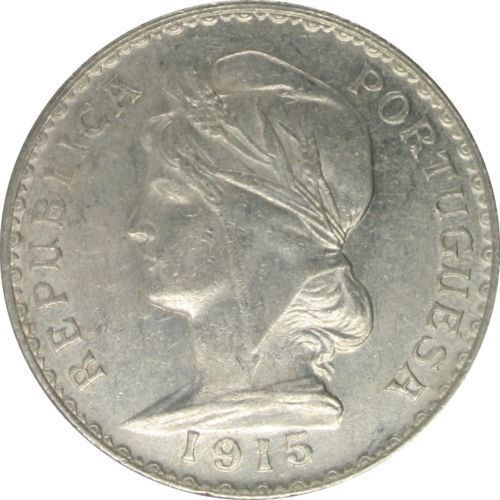 Portugal is a country on the Atlantic coast of western Europe and forms the Iberian peninsula with Spain. The Banco de Portugal issues legal tender by the Portuguese Mint (Casa de Moeda) in the form of banknotes and coins that are meant for general circulation with high mintage and certain commemorative issues with a limited mintage. There is also a number of general circulation coins minted each year in a special manner called proofs that have sharper lines, more profound features, and sometimes have a mirror-like finish.

What are the different periods of coinage in Portugal?

Although Portugal currently mints currency with monetary values in euros (€), prior to the introduction of the euro in 1999, the escudo Portuguese was the basic monetary unit of Portugal and was broken into 100 centavos. The escudo replaced the real (reis, plural) in 1911 at 1 escudo = 1000 reis while the Portuguese reis of base metals, silver, and gold had served as the base unit of accounting since its introduction in 1430. The dinheiro had served prior to that time since the countrys inception in 1128. In 1836, the Portuguese monarchy abandoned the previous duodecimal monetary system (based on the highly divisible 12) and begun the fractionation of coinage strictly based on a decimal system (based on 10). This period extends to 1911, which marks the start of the Republic of Portugal (República Portuguesa).

What are some notable Portuguese coins?What are the characteristics that determine a world coins value?