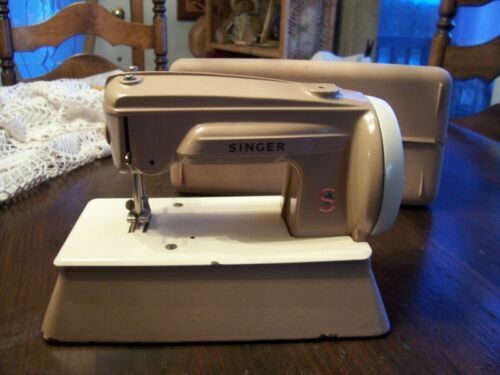 Its not uncommon to display an older sewing machine or use one as a piece of furniture in a home. Singer sewing machines have been manufactured since the middle of the 19th century. With so much history, there are many models old enough to be considered antiques, that is to say, they are more than a century old.

What are some of the vintage Singer sewing machine models?

Over the years, Singer has come out with hundreds of different models. Some operated with a geared hand crank. Others were powered by the motion of the user rocking a treadle peddle back and forth with his or her feet. Machines with electric motors were offered after the end of World War I. Vintage machines include

What should you check before operating a vintage sewing machine?

When it comes to using an older or antique sewing machine, check that

Do all Singer sewing machines come with wood cabinets?

Treadle machines were usually mounted into cabinets that included the treadle. Smaller electric or hand crank-powered machines often came with portable cases. However, they could be mounted into larger cabinets, and these were sold separately.

What are the decorations that appear on many antique models?

Although people purchased these machines so that they could sew with them, Singer was aware that they occupied a prominent place in many households, especially smaller ones, where the only spot for them was in the living room. In an attempt to add a decorative component to what was ordinarily just a utilitarian apparatus, the company would embellish their products with ornate decals. Vintage sewing machines can be found adorned with

Content provided for informational purposes only. eBay is not affiliated with or endorsed by Singer.