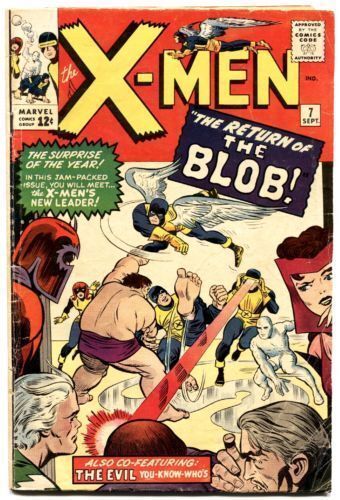 Silver age comics provide you with a look into the past, taking you to an era of books that spanned from 1956 to 1969. These books cover a wide range of genres, from superhero adventure tales to horror stories, allowing you to select the type of comic that fits your particular interests. Along with a variety of characters who only appeared for one or two series, these comic books also include stories with such superheroes as Superman and Batman from DC Comics and The Avengers from Marvel.

When you are considering selecting some of these comic books, you will be able to choose from stories with a wide range of different characters. The most common ones to appear include Batman, Captain America, The Fantastic Four, Spider-Man, Superman, Green Lantern, Iron-Man, and the Justice League. The X-Men and Daredevil came about during this time as well.

However, there are also many people in these comic books that are not superheroes. For instance, many issues contain stories of Woody Woodpecker, Uncle Scrooge, Tom and Jerry, Hercules, Sherlock Holmes, Bugs Bunny, and a lot more. Given the fact that the Silver Age books lasted from 1956 to 1969, some of the characters no longer appear, allowing you to get a glimpse at some characters you may not know about.

How do you keep your comic books in good shape?

If you have several issues or an entire collection of comics that you wish to keep in good shape, all you need to know is how to store them and treat them while reading. For instance, always gently turn each page as this will help you avoid any unnecessary tugging of the page and allow it to remain intact. Hygiene is also a way that you can preserve your collection, which is why you will want to avoid eating food when reading them. When you want to mark your place in the issue that you are reading, use a bookmark and make sure that you do not fold the tips of the pages. When you are storing your collection, keep them stored in a place that is dry, such as towards the top shelf of a bookcase. By keeping them closer to the floor, the potential for moisture to seep in is heightened.

What types of comics are covered in the Silver Age?

There are many different categories of comics available to you when considering the selection of one or several. The majority of these issues can be classified as superhero books, but there are also many other categories open to you. For instance, some that were created in the this era revolve around movies, TV, and music as certain issues were created to further plot-lines or stories from these pieces of media. War issues and Western series were also common among the ones provided during the Silver Age. Some of the additional categories include classic books that were illustrated, romance stories, and alternative and underground stories.