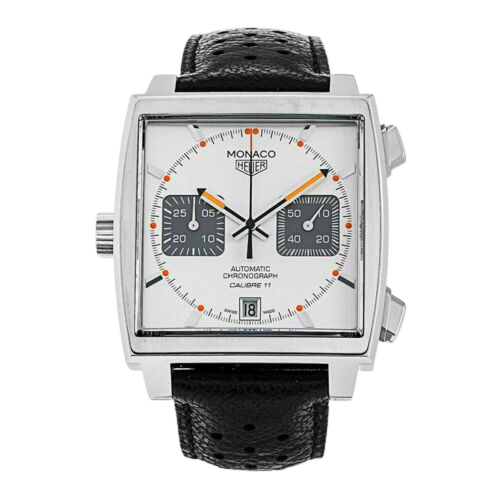 The race-inspired Monaco is one of the most iconic watches ever produced. Its square waterproof case, loaded with the world’s first automatic chronograph movement, immediately raised eyebrows. As happens in racing, sales were tantamount to a career-ending crash but over time, the Monaco roared back as one of the most collectible timepieces in history.

Vintage Heuer Monaco watches are highly sought after by collectors and watch enthusiasts. It is estimated that fewer than 4,500 were produced between 1969 and 1975. The original Chronomatic 1133B is the most rare and valuable, as it was only produced in 1969. The transitional 1133B that followed is essentially the same watch. A watch that originally sold for $200 in 1970 commands tens of thousands of dollars today. Vintage 1533s and hand-wound versions are also in great demand.

With any vintage Monaco, beware of case modifications, particularly sharp edges that have been polished, flaking paint on the dials of the calibre 11 and 13 and casebacks that do not carry the starburst pattern or “Tool No. 033” engraving. Used modern versions including numerous limited editions are also excellent investment pieces, as are new TAG Heuer Monaco watches that can be acquired for a fraction of the cost of a good vintage model. 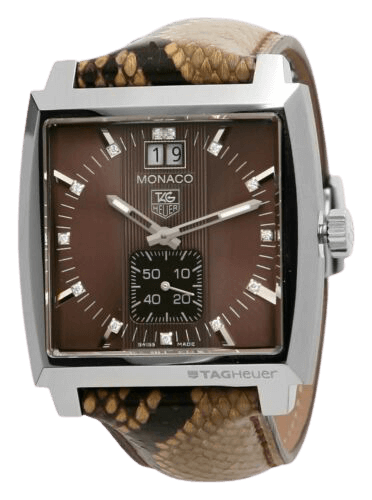